If you've followed my previous two posts, you knew what was coming. The "cake" portion of the Messy Boy Party that I threw for my son's 4th birthday. 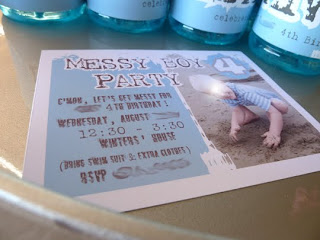 Part 1: The Messy Theme and Part 2: The Games] I made an ice cream cake and here's the finished product: 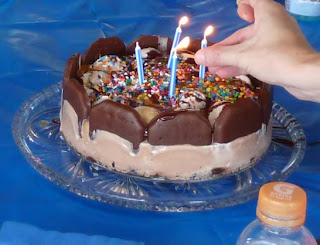 Here's how it looked before the boys helped decorate it:  :-) 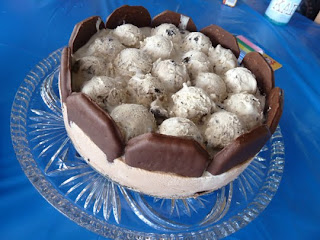 That was part of the entertainment! Each little guy picked something from the topping bar and they took turns decorating the birthday cake! 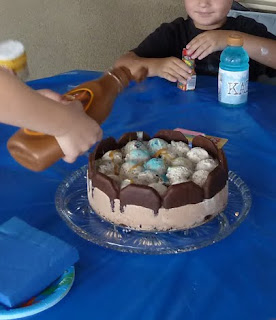 They chose blue sugar, lots of assorted sprinkles and some generous dumpings of chocolate and caramel sauces... most of which landed on the table cloth! But they did love participating and, after all, this was a "Messy Boy Party!" 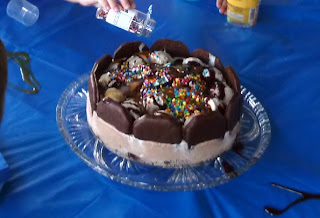 Here's how I made the cake. Which happened to be my first homemade ice cream cake, but I think first of many to come!!  :-)  It's my version of this recipe from allrecipes.com (thank you ARVILLALAR)

Crust of 25 crushed Oreo cookies with 1/4 cup melted butter. I used low-fat Oreos but not sure of the logic in that. :-) Pressed into bottom of my 9 inch springform pan. Standing around the rim are 10 chocolate covered graham cracker/cookies. 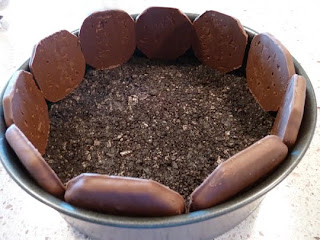 Cover crust with almost a jar (or maybe a whole jar next time!) of hot fudge topping. Nuke it first for easy pouring. Pop in the freezer for 15 minutes: 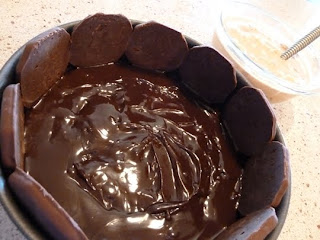 Soften 1 1/2 quarts of chocolate ice cream. I used Edy's Limited Edition S'mores flavor, so the lumps you see are mini marshmallows. Pick a flava flav you like. (I guess my Edy's was VERY melted because it seeped behind the grahams and that's the line you see from the outside. It doesn't bother me, but if you don't want that, don't soften too much, just enough to mush it into a layer.): 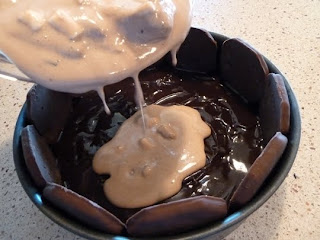 Spread out evenly and pop back into the freezer for 30 minutes: 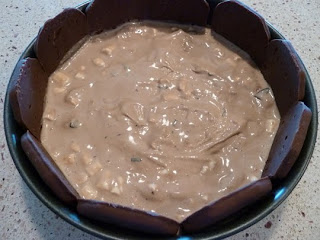 Your second layer of ice cream is scoops. I used Target's Cookies & Cream, scooped using a medium size scooper. It's from Pampered Chef and I always use it to when filling muffin and cupcake batters. I could have squeezed my scoops closer together. I didn't like seeing any gaps, so I "infilled" with all the Cookies & Cream that had melted while scooping the balls: 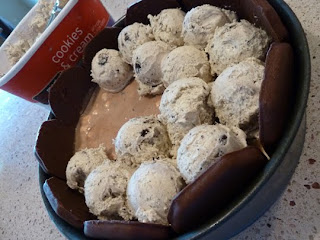 Freeze 4 hours or overnight. Top with anything and everything you find worthy! About the only things we didn't top ours with were the whipped cream and cherries mentioned in the original recipe! And here is one slice of heavenly Chocolate Ice Cream Cake melting in the August heat: 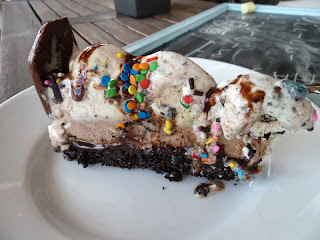 Ours tasted VERY sweet, so slice thin! With those tall grahams, next time I'll double the ice cream quantities, too! Hmmm, do I need another occasion to make my second Ice Cream Cake???? How about 'Just Finished First Week of School Occasion?!"

If you have an expirience with making graphic to web on-line shop please let me know.
I'm looking for somebady hwo can create and implement graphics to on-line shop.

Hello,
I don't usually leave feedback on web pages but I wanted to take the time to thank you for sharing your ice cream cake recipe.

My Daughter just gradutated from public School and as a treat I wanted to try something new. I had the idea weeks ahead that I wanted to make a home made ice cream cake.

Having an "idea" as a baker is always bound to happen, But finding the right recipe is always a challenge... After watching endless youtube videos and reading many blogs, I came across your recipe and it appealed to me the most.

I made this cake, and as a first time experience it turned out PERFECT and is now a family favorite! I already have requests for up comming Birthdays. :)

I've never made an ice cream cake but I think I could tackle one after reading this. Well done.

That is SOOOO cute! Such a wonderful idea!

I think a messy boy party is brilliant. Having had several messy boys in my life, they probably would have loved this. Maybe I'll use this idea for my grandsons now.

My mouth is watering because I love chocolate & ice cream! It looks so easy to make too.

Of Pandas and Pirates said...

Stopping by from SITS! http://apaprikao.blogspot.com/